Creation, Land, and Indigeneity: Resistance on Turtle Island and Beyond 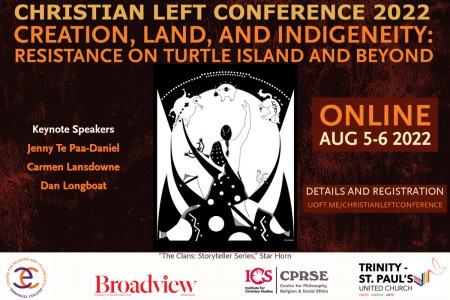 Emmanuel College’s Centre for Religion and Its Contexts, Trinity–St. Paul's United Church, the Centre for Philosophy, Religion and Social Ethics of The Institute for Christian Studies and Broadview Magazine are hosting the third Christian Left Conference. This year's theme is "Creation, Land, and Indigeneity: Resistance on Turtle Island and Beyond." Questions? Email Us!